Something slightly different this evening. Usually the whiskies or beers I mention on this blog are from Islay or at least somewhere in Argyll. This one is from much further afield (from Stonehaven to be precise), but it has been influenced by Islay. Last weekend I stumbled over this tweet:

Having asked for more information I found out it’s a beer brewed by sixº north in Scotland in collaboration with Brouwerij De Ranke in Belgium, aged in Islay whisky casks. I was also told it was available to order online at EeBria, on an impulse I went ahead and ordered some. It doesn’t come cheap, but I decided it was worth it for a treat. The description reads:

A few days later the three bottles (+ three others I had also ordered to taste some other time) had arrived: 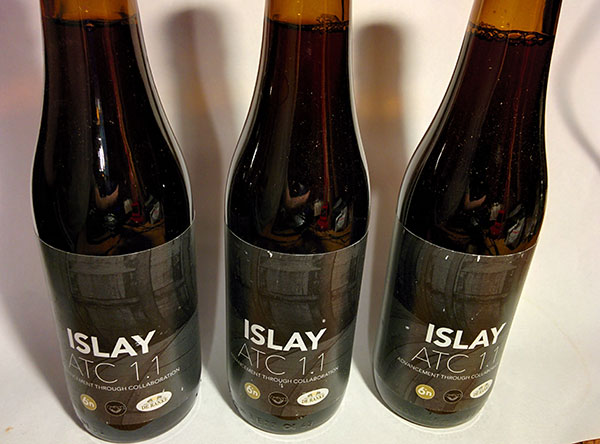 This evening it was time to open the first bottle. Keeping in mind that it is 9.2% alcohol I decided one bottle would have to be enough, even though it is only a 330ml bottle. As a pint glass was all that I had available the presentation is a bit lacking, but at least you get an idea: 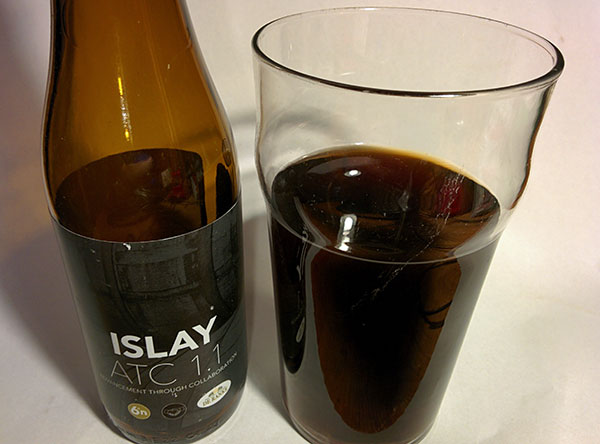 I’m no good in tasting and tasting notes, but I must say the description of ‘dark brooding’ hits it for me. That’s really what it seems to be. To me it appeared very smooth, velvety, dark and heavy. But also fruity. Very nice. I’ll certainly enjoy the remaining bottles, money well spent.

I know there are other Islay cask aged real ales out there, certainly something I’ll explore further in the future.

I blog about Islay. View all posts by Armin Grewe

This site uses Akismet to reduce spam. Learn how your comment data is processed.

Waves between rocks in southern Machir Bay, Isle of Islay